Digital Agency of the Year... Again! 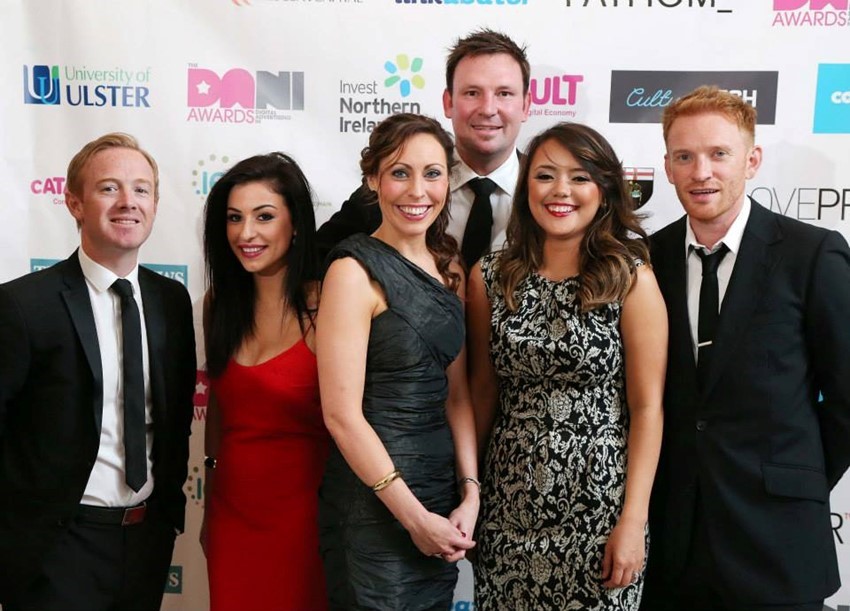 It was a night of glamour and sophistication attended by industry professionals from digital media, marketing and tech arts present. From dazzling dresses to sleek suits, the Web Bureau team scrubbed up well! (if we do say so ourselves!) Seated at the ‘#1’ table we were hoping to achieve just that throughout the night!

We were delighted to win the category ‘Web App of the Year’ for our Funeral Times application collected by our Technical Director, Colin Graham. The app was produced in partnership with In House Publications and the Independent News and Media Group and digitises the traditional offline process of how death notices are managed.

Nominated again for the penultimate ‘Digital Agency of the Year’ award, the Web Bureau team sat nervously hoping to retain our title for a second year! After waiting in anticipation for the judge’s decision, we were delighted to hear The Web Bureau had been crowned ‘Digital Agency of the Year’ once more! As our table erupted with applause and cheers, Colin Graham made his way to the stage to receive yet another award.

After proudly posing for selfies and pictures with our two DANI awards, enjoying some wine and champagne, the night continued onto the early hours with music and celebratory dancing! It was a fantastic night had by all, already looking forward to next year! (Third time’s a charm??)

The Web Bureau would like to take this opportunity to congratulate all the other nominees and winners throughout the categories and thank you for a great night! Not forgetting a huge mention to our clients and employees who have supported us year to year and have contributed to our overall success and achievement. Thank you!

Celebrate with us and our Digital Masterclasses!